Ethiopia: UK announces US$20 million support for regions affected by drought and conflict 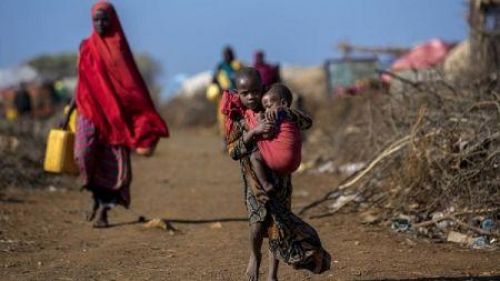 The UK announced, Friday (Jan 20), a US$20 million support for Ethiopia's drought and conflict-affected areas.

The support will be provided through two funds.  Specifically, US$14.3 million will be provided through the Productive Safety Net Program (PSNP) and an additional US$6.1 million through the World Food Program (WFP). The funds are intended to respond to the worsening humanitarian crisis in the country, with violence and insecurity still on the rise, and provide better access to food supplies and other essential nutritional products for more than 600,000 people.

The PSNP will help the neediest people throughout Ethiopia, including residents in Oromia, Tigray, Amhara, and Afar regions. Approximately 250,000 people living in extreme poverty will benefit from food security and livelihoods through this funding. "Money will be pooled with multi-donor funding alongside international partners and will go to regions across Ethiopia including Oromia, Amhara, Afar, and Harar city zones," a government release informs.

Meanwhile, the funds provided through the WFP will support approximately 23,000 pregnant and lactating women suffering from moderate acute malnutrition and provide improved infrastructure for feeding programs for 42,000 students in 75 schools.

"This critical support to malnourished mothers and children will reach the most vulnerable in desperate need, including those in conflict-affected areas of Northern and Western Ethiopia. World Food Programme funding will also be invested in boosting local production of nutrition products, benefitting a further 330,000 children per month, " the release adds.

According to the UK government's dataEthiopia is experiencing the greatest humanitarian distress in the world, with an estimated 30 million people currently in need of emergency assistance in the country. "In northern and western regions an estimated 22 million people are experiencing devastating food insecurity due to drought, conflict, and economic pressures," we learn. It should be noted that despite the peace agreement signed by the federal government and Tigreyan rebels, access to essential supplies and basic services, such as food, fuel, and health care, is severely limited in parts of the country.