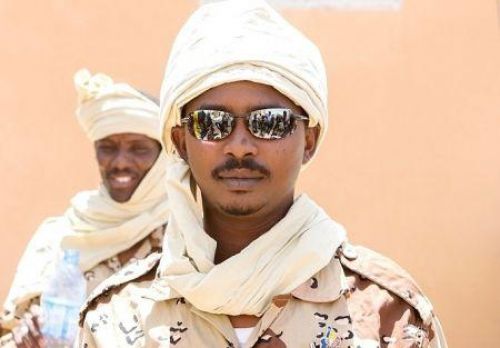 (Ecofin Agency) - Mahamat Idriss Deby (pictured), son of late Chadian President Idriss Deby, will head a military council that will oversee Chad's transition for the next 18 months, following the death of his father.

The information was reported by the Chadian national army in a statement read out on television on Tuesday 20 April 2021. According to military officials, Mahamat Idriss Deby will head a Transitional Military Council (TMC) that will run the country for the next 18 months. The government has been dissolved, the constitution suspended, and a curfew will go into effect at 6 p.m.

Initial reports show that Marshal Idriss Deby Itno died of wounds sustained on the front line on Monday, April 19, 2021. He had just been re-elected for a sixth term as head of the country with nearly 80% of the votes cast but was facing an incursion by rebels from Libya who were contesting his presidential candidacy.

Mahamat Idriss Déby is 37 and like his father, he is a member of the Chadian national army and holds the rank of four-star general. As head of the presidential guard, he became in 2013, the second in command of the Chadian Armed Forces in intervention in Mali (Fatim).

For now, no additional information has been revealed by the Chadian authorities on the next steps in this country with a tense political situation, but whose security stability is considered one of the last bulwarks against terrorism in the Sahel.