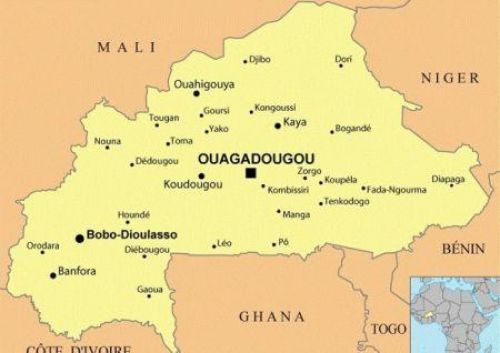 (Ecofin Agency) - The escalation of terrorism in the Sahel goes with an increase in the number of victims. Between 2012 and 2018, the death toll jumped fourfold and millions of people found themselves in dire insecurity, particularly in Burkina Faso.

On Wednesday, August 18, the country suffered another deadly attack in Soum, between Arbinda and Gorgadji. It happened when a mixed patrol of Defense and Security Forces (FDS) and Volunteers for the Defense of the Homeland (VDP) elements were escorting civilians setting off for Arbinda. The terrorists killed 30 civilians, 14 FDS and 3 VDP. Many others were wounded. The patrol neutralized 58 terrorists and dispersed many others.

In memory of its citizens who died during this attack, the government announced a three-day mourning period, which started yesterday August 19. Most of the armed groups operating in the Sahel are linked to al-Qaeda or the Islamic State organization. Population displacements are recurrent in the Sahel. Communities are fleeing insecurity due to the terrorist threat and military operations in the region.

In an August 17 statement, the UN Security Council expressed concern about the rise of terrorism in some countries in West Africa, the Sahel, and the Lake Chad Basin. This umpteenth attack sounds like a challenge to the international community.