Mozambique reaches preliminary deal on a US$63.8 mln disbursement under EFC arrangement 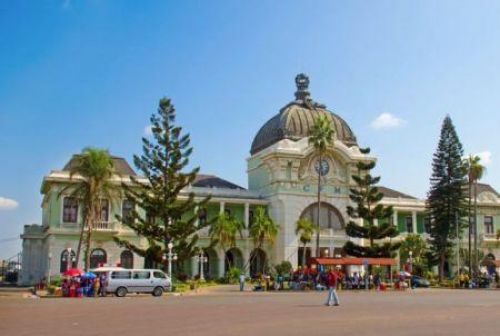 (Ecofin Agency) - In May 2022, the IMF approved an EFC arrangement for Mozambique. Last week, a team from the institution visited the country for the first review under that arrangement.

Mozambique has reached a preliminary agreement with the International Monetary Fund (IMF) for the disbursement of a new tranche of the US$456 million financing obtained under an Extended Credit Facility (ECF) agreement. This is announced in a press release issued by the IMF on Monday, September 19.

The announcement comes after discussions between an IMF team and the Mozambican authorities from Monday 5 to Friday 16 September, in the framework of the first review of the ECF arrangement. According to the September 19 release,  “all quantitative and structural benchmarks set for the first review have been met and good progress was made on the broader structural agenda.” As a result, the country is expected to receive a disbursement of US$63.8 million.

Although the macroeconomic environment is weakened by uncertainties, IMF believes that the Mozambican authorities are taking some steps to address the situation. These include the Bank of Mozambique's (BOM) increase of its policy rate to 15.25 percent in March to proactively curb inflation. Also  "the government has acted to mitigate the impact of fuel price rises, including on the most vulnerable households, and has announced measures to strengthen the recovery and encourage private sector development,” the release reads.

In May, the IMF's Executive Board approved the EFC arrangement with Mozambique, marking the resumption of cooperation between the country and the Fund, which suspended its aid to Mozambique (like several other institutions) after the Tuna Bonds scandal.

"The authorities aim to continue implementing their ambitious economic reform agenda, including a sovereign wealth fund law, reform of public sector remuneration, and the amendment of the public probity law," the IMF release informs.

Let's note that about US$91 million has already been disbursed under the agreement.