Ghana temporarily suspends service of most of its external debt 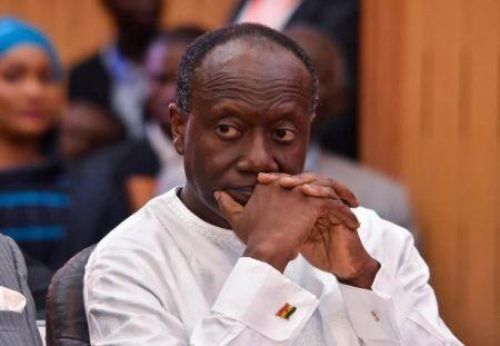 (Ecofin Agency) - The suspension concerns Eurobonds, commercial term loans, and most bilateral debts. It is aimed at preventing further deterioration of the country's economic, financial and social situation.

Ghana announced, Monday (Dec.19), the temporary suspension of the payment of most of its external debts pending a restructuring agreement with all its creditors.

“...We are announcing today [Monday] a suspension of all debt service payments under certain categories of our external debt, pending an orderly restructuring of the affected obligations,” said Finance Minister Ken Ofori-Atta in a release.

The suspension concerns Eurobonds, commercial term loans, and most of the country's bilateral debts. The payment of multilateral debt and new debts contracted from Monday 19 September are not affected.

The finance minister explained that the measure is aimed at preventing "a further deterioration in the economic, financial, and social situation [...] pending future agreements with all relevant creditors."

"As it stands, our financial resources, including the Bank of Ghana’s international reserves, are limited and need to be preserved at this critical juncture," he said.

Ghana is facing a severe economic crisis following the downturn caused by the coronavirus pandemic and the fallout from the war in Ukraine. Debt service empties about  70% of government revenue, inflation reached 50% last November, while the local currency has plunged by more than 50% since January 2022. The country's foreign exchange reserves stood at about US$6.6 billion at the end of September 2022, compared with US$9.7 billion at the end of 2021.

To restore public finances, Ghana reached a staff-level agreement with the International Monetary Fund (IMF) last December 12 for a  US$3 billion bailout package that includes reforms to restore “macroeconomic stability and debt sustainability while protecting the vulnerable, preserving financial stability, and laying the foundation for strong and inclusive recovery.”

The IMF also deemed Ghana's GHS393.4 billion  (US$38 billion) debt unsustainable and called on the authorities to restructure the debt to qualify for an aid package.

In late November 2022, the Ghanaian government announced that it was considering asking its Eurobond holders to accept haircuts of up to 30 percent of the principal. It was also considering the suspension of coupon payments to domestic bondholders. The two proposals were made in preparation for the debt restructuring.

According to the finance minister, talks have already taken place with Eurobond holders in anticipation of the launch of formal discussions "in the coming days”.