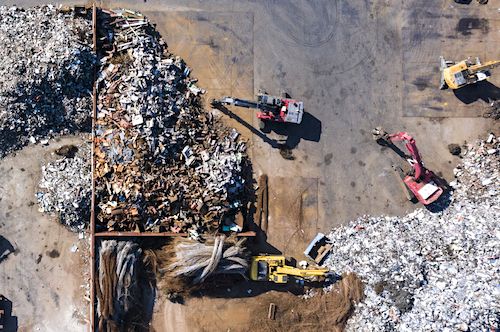 (AfDB) - The African Circular Economy Alliance (ACEA) has launched a report that identifies five sectors that have the greatest potential to drive the circular economy, a model that promotes better resource management. The sectors are: food systems, the built environment, fashion and textile, electronics, and packaging.

The report, “Five Big Bets for the Circular Economy,” was launched on Thursday 15 April as the ACEA wrapped up its Annual Meeting. As a strategic partner and host of its secretariat, the African Development Bank organized the event in collaboration with the World Economic Forum. 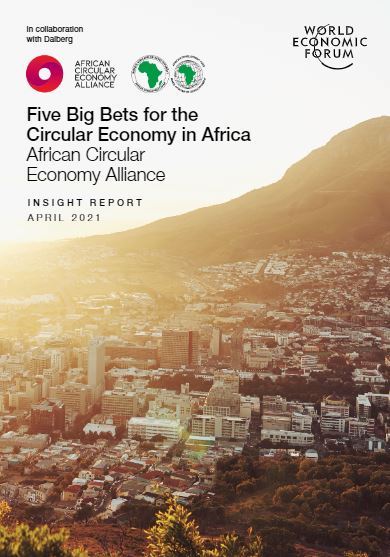 Al-Hamndou Dorsouma, Acting Director of Climate Change and Green Growth at the African Development Bank, hosts of the ACEA secretariat, said: “Making ‘big bets’ for the circular economy can lead to a range of benefits for Africa, such as the creation of higher value supply chains and newfound resilience, enabled by self-sufficiency and localization.”

The session was attended by the co-chairs of the Alliance, Jeanne d’Arc Mujawamariya and Muhammad Mahmood, Ministers of Environment of Rwanda and Nigeria.

The roles of markets and consumers, education, trade, partnerships and innovation are key to driving the circular economy transition, speakers said. As president of Sitra, one of the most forward-thinking institutions on the circular economy, Jyrki Katainen said the Five Big Bets framework provided a roadmap for inclusive growth in Africa.

In the private sector, circular enterprises are contributing to improving the environment while sustaining livelihoods in Africa. One of those enterprises is Ecopost, which has upcycled 5 million kilograms of plastic waste into building materials and created over 2,000 jobs for youth and women. Its founder Lorna Rutto noted that “entrepreneurs need an enabling environment and the infrastructure to scale up and replicate their business models.”

Speakers said the African Continental Free Trade Area created many opportunities. “At the end of the day, the name of the game is collaboration,” said Samuel Alemayehu, Global Director of the waste management company Cambridge Industries Ltd.

Corporate social responsibility leader Dougie Brew noted that the African context was one where people needed to consume more but better to maintain sustainable development efforts. Wrapping up the discussion, moderator James Mwangi, Executive Director of Dalberg Group, said Africa was a fragmented continent of 54 nations that need to move as a unified bloc to successfully unlock the Five Big Bets.

The Annual Meeting included two workshops on designing national roadmaps and circularity in the mining sector, respectively organized with the Alliance’s partners Sitra and the Konrad-Adenauer-Stiftung (KAS) Foundation.

The meeting ended with a governance roundtable, chaired by Environment Minister Barbara Creecy of South Africa. Acknowledging the support of the Bank and other partners in driving the work of the ACEA, the co-chairs committed to fostering greater regional policy harmonization, resource mobilization and international collaboration to accelerate the transition to a circular economy. These engagements were formally submitted to be part of the WCEF+Climate Action Statement.