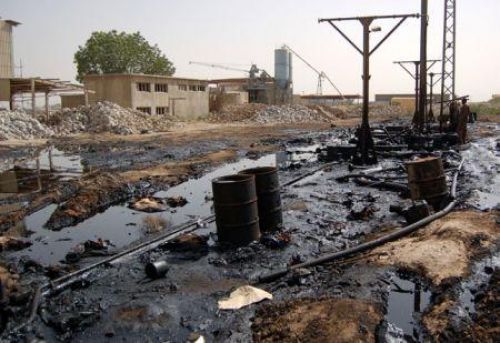 (Ecofin Agency) - In South Sudan, the government is planning to press charges against oil companies that are repeatedly polluting the country’s soil and water despite several warnings. This was announced by Josephine Napwon Cosmas, South Sudan’s Minister of Environment and Forestry, in a speech delivered during the ceremony organized to launch a call for tenders for environmental audits in several oil fields.

"It is a must for oil companies to comply with regulations of the environment because I visited the oil fields and what is reflected there is not what we talk about here. The pollution is real. Our people are dying at the expense of getting money. The lives of our people matter and I would like these oil companies to consider this, otherwise, if what I said here is not taken into consideration, we have the right as a Ministry to stop the operations," the official said.

This means Juba will revoke the operating permits of any company found guilty of violating environmental protection laws. This is probably the first time in over ten years that the country is officially speaking out on the issue.

This move should delight environmental protection organizations that have, for several years now, warned about the waterway pollution in Western Upper Nile, the main oil-producing state in the country. The said pollution, which affects over 600,000 residents, also contaminates agricultural land and affects the livestock.

According to German medical and humanitarian aid-providing NGO Sign of Hope, the well water has become salty and smelly. Medical reports have also shown that this contamination caused several fatal diseases and birth defects.