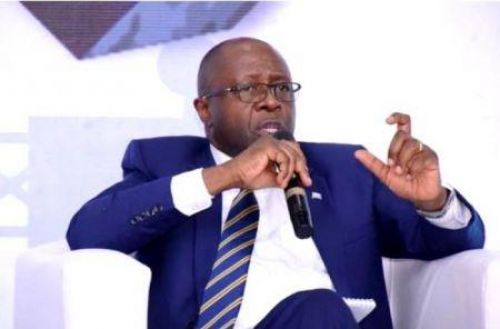 (Ecofin Agency) - DRC currently sources about 70% of its wheat supplies from Russia and Ukraine. The ongoing Russia-Ukraine conflict fueled imported inflation in the country, which was already battling skyrocketing prices caused by international supply chain disruptions.

The Democratic Republic of Congo announced Wednesday (April 20), the suspension of value-added tax (VAT) on a set of products. According to the release published by the Prime Minister’s Office to announce the decision, it aims to lower inflation and the price of essential goods like cement.

According to Minister of Planning Christian Mwando (photo), additional measures have been taken, all aimed at lowering inflation. However, the release failed to mention them.

The release also announced that the country has sufficient stock of petroleum products but, according to the economic assessment commission, measures are needed to deal with the impacts of international price surges.

DRC heavily relies on imports for its petroleum product and foodstuffs. The international price surges coupled with the impacts of the war in Ukraine are sending prices up. One of the first measures taken by authorities (the parliament notably) because of the imported inflation was to demand the resignation of the country’s former Minister of Economy, Jean-Marie Kalumba. He was notably accused of being unable to take action to curb inflation.