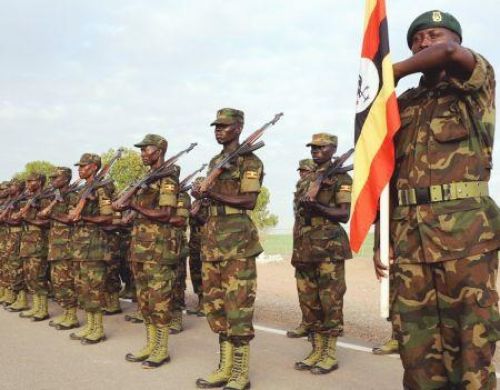 (Ecofin Agency) - The end of the two Congo Wars has seen an emergence of armed groups in the eastern part of the country, creating a climate of insecurity that hampers development in the region. Faced with growing violence, DR Congo entered negotiation with allies, including Uganda.

Uganda intends to deploy troops to help restore peace in the eastern part of DR Congo. David Muhoozi, Chief of Ugandan Defense Forces, made the announcement last May 19.

The soon-to-be-deployed team will back the Congolese army against several militias, in conflict for years. Militias are responsible for several deadly attacks, but also for numerous abuses that prompted President Félix Tshisekedi to declare a state of siege in the provinces of North Kivu and Ituri on Monday, May 3, 2021.

The decision to support DR Congo is the outcome of talks between the two countries to set up a joint military operation. David Muhoozi said although the forces are not deployed yet, Ugandan authorities are working with DRC "to help resolve this issue (pacification of the region). It concerns us too." Actions are aimed at creating a peaceful climate conducive to the implementation of infrastructure necessary for cooperation between the two countries.

As part of violence management in the eastern provinces of the DRC, the government announced a series of measures, including the replacement of the civilian administration by military authorities.

In October last year, Uganda and DRC signed a deal to build 223 km of road to boost their trade cooperation.