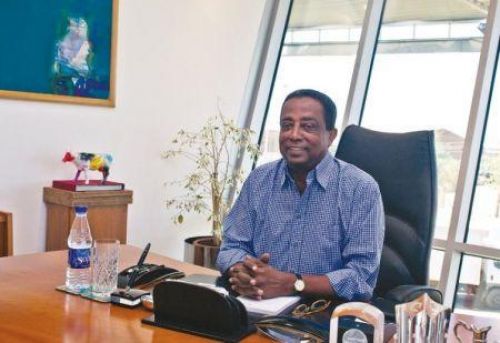 (Ecofin Agency) - After the 2021 coup that toppled the transitional government led by Abdalla Hamdok, Sudan’s western partners cut their aid. To cope with the situation, which is weakening its economy, the country now relies on its Gulf partners.

Sudan will soon have a new port. In an interview with media outlet Reuters, Osama Daoud Abdellatif (photo), director of the DAL Group (one of Sudan’s largest private companies), announced a project to build a port infrastructure on the Red Sea.

The announced US$4 billion infrastructure will be funded by the United Arab Emirates under an investment agreement signed in July 2021 when the transitional government led by Abdalla Hamdok was still ruling. The said agreement includes the development of a US$1.6 billion agricultural project in Abu Hamad and the construction of a 500 km road  (estimated investment: US$450 million) to facilitate the export of agricultural products from the Abu Hamad project via the new port. It also provides for the construction of a free-trade zone and an airport as well as the injection of US$300 million into the Sudanese Central Bank’s reserves.

The initiatives have not been confirmed by the two countries’ authorities. Nevertheless, they come in a context where Sudan is battling with socioeconomic challenges that emerged in 2019 with the fall of President Omar el-Bashir. With the transitional government led by Abdalla Hamdok, the country was gradually renewing its ties with the international community but, in 2021, a military coup isolated it on the international scene and led to a suspension of aid from Western countries. Saudi Arabia and the United Arab Emirates are currently some of Khartoum's main supporters. After the downfall of President Omar al-Bashir, the two countries pledged a combined aid package of around US$3 billion to Sudan.