Mauritania: President Ould Abdel Aziz announces he will not run for a third term 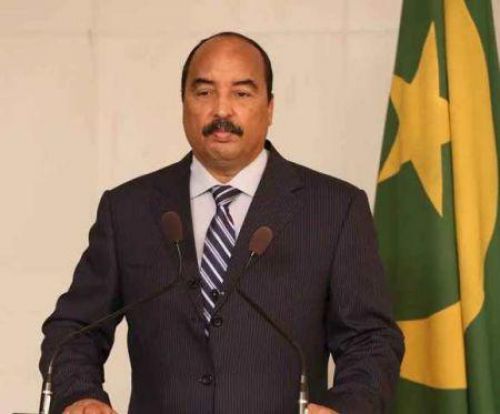 (Ecofin Agency) - On November 20, 2018, Mohamed Ould Abdel Aziz (photo), the Mauritanian president, announced that in respect with the constitution limiting the number of presidential terms to two, he would not run for 2019 presidential election. He also indicated that he would run for this office when his country’s law would authorize him to.

"I am sensitive to all calls. There are some who also call for the limitation of the presidential terms. Anyway, I am here to respect and ensure that the country’s economy is respected and, this constitution says that I cannot run for another term beyond two," he said in Oualata (in the South), during the launch of the 2018 edition of the cultural festival of ancient cities.

"I will continue to commit myself to Mauritania and involve in politics. I am here and I am not leaving the country. I will continue on the same track. Once the constitution will allow me to run again, I will do it. So, if I can not run for a third term, I will run later. The constitution does not forbid me to do so", he added.

According to some observers, Mohamed Ould Abdelaziz could be thinking of a Russian Putin-Medvedev scenario. In that case, he would become the prime minister of a president he would have "chosen", like Russian president Vladimir Putin alternating with his prime minister Dmitri Medvedev. This is more likely as his party Union pour la République (UPR), won the absolute majority of the seats in the national assembly (89 out of 157 seats), all thirteen regional councils, and majority of the municipal councils during the legislative, regional and municipal elections of September 1, 2018 and September 15, 2018.