Africa recorded US$4.2 bln surplus in trades with Japan in 2021 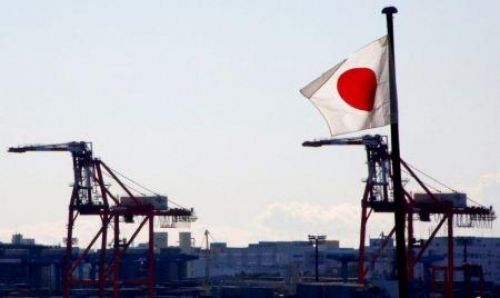 (Ecofin Agency) - Trade between Japan and African countries rose by 74% year-on-year in 2021. The feat was achieved thanks notably to border re-openings after Covid-19. With the eighth Tokyo International Conference on African Development just days away, Japan and Africa seek ways to build on this momentum.

In 2021, Africa recorded a US$4.2 billion trade surplus in its dealings with Japan. This is the conclusion from the foreign trade statistics published by the Japan External Trade Organization (JETRO).

According to the statistics seen by Ecofin Agency, trades between Japan and Africa reached US$23.5 billion, up by 74% compared with the US$16.5 billion recorded in 2020, at the height of the Covid-19 pandemic. Africa’s exports from Japan reached US$13.9 billion while its imports were estimated at US$9.6 billion.

Although Japan’s trades with Africa have grown tremendously during the period under review, it is still moderate compared with African countries’ trades with countries like China (US$137 billion in H1-2022). To improve its relations with Africa, in the past few years, Japan has taken several initiatives to gain more shares from China, which is currently Africa’s leading trade partner. From August 27 to 28, it will organize the eighth Tokyo International Conference on African Development (TICAD-8), which will bring together African business leaders and decision-makers in Tunisia.

One of the main topics will be the implementation of the African Continental Free Trade Area (AfCFTA), considered not only as a major integration tool for Africa but also as a real investment opportunity for foreign countries.

At a time when foreign partners, including Russia, the USA, and the UK, have renewed actions to conquer market shares in Africa, the Japan International Cooperation Agency (JICA) has announced talks with the AfCFTA secretariat to maximize the benefits of this trade agreement.

Let’s note that according to the statistics published by the JETRO, South Africa has been Japan’s main trade partner in 2021. The Rainbow Nation exported US$10 billion worth of goods to Japan and imported US$2.3 billion, recording a US$7.7 billion trade surplus.