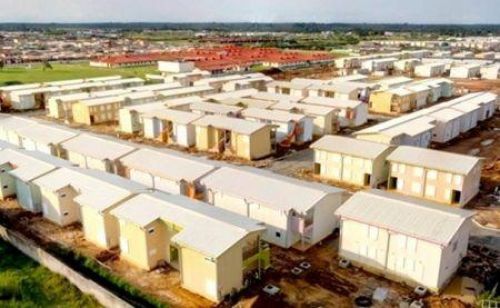 (Ecofin Agency) - Benin will receive 40.76 billion CFA francs ($69 million) from the Islamic Development Bank (IDB), local sources announced this week. The agreement was signed on 17 October, on the sidelines of the World Bank/IMF annual meetings held in Washington.

The agreement includes a direct loan of $9.9 million and an installment sale financing of $59.2 million. It targets the construction of 2,145 social housing units with associated basic secondary infrastructure (water drainage network, street lighting, and drinking water network) in the municipality of Abomey-Calavi, a few kilometers north of Cotonou.

The program is part of the project to strengthen basic social services and social protection, as mentioned in the government's 2016-2021 action program. Benin aims to increase access to decent and affordable housing for middle- and low-income households, promote new methods of production and construction of social and economic housing, create jobs across the country and stimulate economic activities in the Commune of Abomey-Calavi.