France threatens sanctions against officials in Mali, Russia supports them 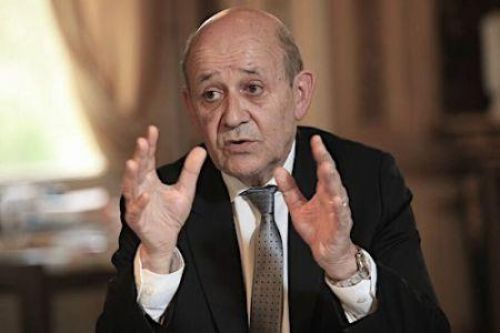 (Ecofin Agency) - Jean-Yves Le Drian threatened sanctions against Mali's current leaders, saying the current Malian government is nothing but a coup government. The opposition continues with Russia, which for its part, supports the Malian authorities.

Jean-Yves Le Drian, the French foreign minister, announced possible sanctions against Malian officials. "The first requirement for Malian authorities is to fulfil the commitments they made to hold elections in February 2022. They must respect their commitments, otherwise, we will take sanctions against them," the French official said in an interview broadcasted yesterday November 21. He recalled that Mali is led by a "double coup government”.

France thus joined the ECOWAS heads of state who, in a meeting held on November 7, decided to freeze the assets of the Malian authorities. The latter said they would not be able to hold elections as initially planned.

In such a hostile environment, Mali can still count on Russia’s support. “We agreed to strengthen the political dialogue, which is proceeding very positively. My counterpart has spoken to me about the implementation of the Algiers agreement and about the preparation for the general elections in the context that we have in Mali on the ground. The active efforts of the terrorist groups especially in the northern part of the country did not help the government in preparing for those elections. And as minister Diop has told me, the specific date for these elections is going to be announced before the end of the year," said Sergei Lavrov, Russian Foreign Minister, during a meeting with his Malian counterpart.

Jean-Yves Le Drian also claimed the legitimacy of the French intervention in the Sahel, explaining that it followed the request of 5 elected African governments. This, under the mandate of the United Nations, with the participation of a dozen other European countries. France is against a rapprochement between Mali and Russia, especially since there is a rumour of a deal with the private Russian security group Wagner.

The Franco-Russian differences in Mali are all the more complex as they echo an already existing conflict between the two powers over Ukraine.  Jean-Yves Le Drian made it clear that Russia would be sanctioned if it violated Ukrainian territory.

On November 12, the French official had already met with his Russian counterpart on the sidelines of the conference on Libya. According to an official statement from his administration, he and Florence Parly, Minister of the Army, reiterated this message regarding the risks of regional destabilization and harm to the interests of France and its partners engaged in the fight against terrorism in the Sahel. This message seems to be overlooked by Moscow.