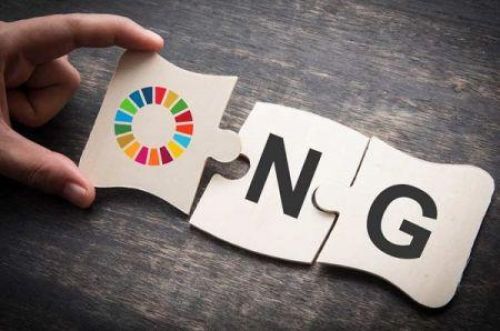 (Ecofin Agency) - On Thursday, November 17, 2022, media reports indicated that France was considering suspending its development aid to Mali. In retaliation, the following Monday, Mali announced a ban on the activities of  NGOs funded by France, even those operating in the humanitarian segment.

In a release issued, Monday (November 21), the Malian government banned "with immediate effect" the local activities of non-governmental organizations financed or receiving technical support from France.

This decision follows the announced suspension of France's official development assistance (ODA) to Bamako. In its release, Mali explains that it took note of the decision taken by Paris on the “spurious grounds” of a Mali-Russia military cooperation and the risks of the aid being misappropriated.  It added that France had already notified it of the decisions, through diplomatic channels, since last February.

"The Transitional Government reaffirms that these fanciful allegations are completely unfounded and considers this announcement by the French junta as a non-event. We do not regret such a decision since it contributes to the restoration of our dignity, which has been trampled on by a French junta that specializes, on the one hand, in granting dehumanizing aid to our people and using such aid to blackmail the government, and on the other hand in actively supporting terrorist groups," the release indicated.

Last November 17, French media Le Monde published an article indicating that the French Presidency was planning to suspend development aid to Mali. The information is yet to be confirmed by French authorities but, Coordination Sud, a group of French international NGOs, indicated in a letter to Emmanuel Macron that the suspension of ODA allocated by Paris "will lead to the cessation of essential and even vital activities carried out [...] for the benefit of greatly impoverished populations.”

About 70 development projects underway or planned in Mali over the next few years could be halted if the decision is applied. According to the Organization for Economic Cooperation and Development (OECD), Mali received US$121 million in official development assistance from France in 2020. A while back, France withdrew its contingents from Mali. Several countries, such as Sweden, the United Kingdom, and Côte d'Ivoire, have begun a similar process. The suspension of France’s ODA could be the beginning of a new process to gradually isolate Bamako on the international scene.

According to the UN, in Mali, the humanitarian situation is worrisome amid a security and climate crisis. According to the institution, this year, 7.5 million people need humanitarian assistance in the country. Meanwhile, 4.8 million people are food insecure and 1,664 schools (representing 16% of the overall schools in the country) are not functional.