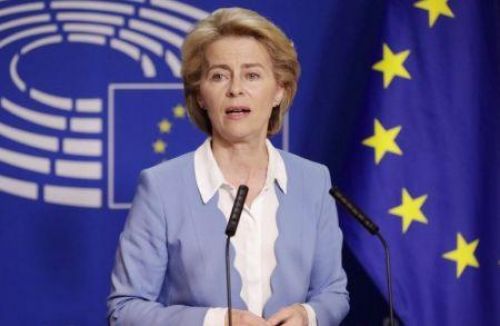 (Ecofin Agency) - The European Union announced last week an additional support of €500 million in favor of the WHO-led Covax initiative. This brings to €1 billion EU’s total commitment to the scheme.

Ursula von der Leyen (pictured), who heads the European Commission, believes the COVAX program is needed to ensure an effective response to the spread of the coronavirus worldwide. “COVAX is best placed to help us reach this goal. This is why we decided to double the European Commission's contribution to COVAX, to €1 billion. With this new financial boost, we want to make sure vaccines are soon delivered to low and middle-income countries. Because we will only be safe if the whole world is safe,” she said.

This new EU initiative strengthens the COVAX program’s capacity to better support the African Union in the acquisition and redistribution of vaccines, especially in a context where Africa is strongly affected by the second wave of coronavirus contamination. The number of confirmed cases has reached 3,829,402 with 101,336 deaths.

The Covax initiative, set up to ensure equitable and efficient distribution of the vaccine in the poorest countries, has been struggling since April 2020. In Africa, many countries such as Rwanda, Kenya, Angola, Algeria, and South Africa have joined the project. However, the difficulty faced by pharmaceutical companies in ensuring the distribution of vaccines to all, and the fact that rich countries have ordered doses far above their needs have slowed the process. In a fair play move, French President Emmanuel Macron proposed last week that up to 5% of American and European vaccine doses be reserved for Africa, while the continent has already begun looking to Russia and China to make up for the shortfall.

In addition to its support for the Covax program, the EU has also approved €100 million ($120 million) in humanitarian aid for the continent.