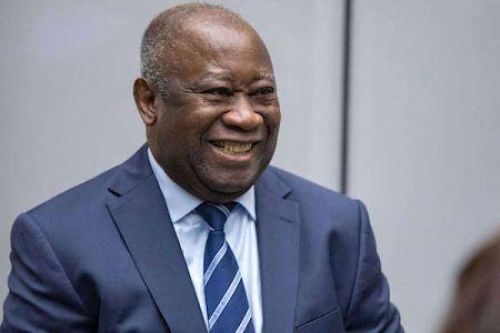 (Ecofin Agency) - The return home last June of Former Ivorian President Laurent Gbagbo was seen as a major step toward completing the reconciliation process between Alassane Ouattara and Laurent Gbagbo. However, expectations remain high, and many voices are calling for an official meeting between the two men.

Ivorian President Alassane Ouattara will meet with his former rival Laurent Gbagbo (pictured) on July 27. The announcement was made on July 21 after the Council of Ministers.

This announcement comes in response to the expectations of many Ivorians who were hoping for a meeting between the two men as part of a true reconciliation of the country. Arrested and then transferred to the ICC after the 2010-2011 post-election crisis, the return of the former president to Côte d'Ivoire had long been at the heart of political discussions between his supporters and those of the ruling party.

While many of Mr. Gbagbo's supporters had expressed dissatisfaction that their leader had not been received by the current head of state, officials say the two men have already spoken. "There has been contact," Amadou Coulibaly told reporters on Wednesday. “A dialog was started with Prime Minister Amadou Gon Coulibaly, and continued with PM Hamed Bakayoko and then with Minister Achi. Remember all the meetings that took place to prepare for the return of Mr. Gbagbo [...] There has never been an interruption of dialog in our country [...] and it will continue because that is the will of the government,” he added.

The upcoming meeting is a milestone for the reconciliation process in a country still trying to heal the wounds of its years of civil war.