E. Guinea: Assets seized from Vice President will be used to fight Covid-19 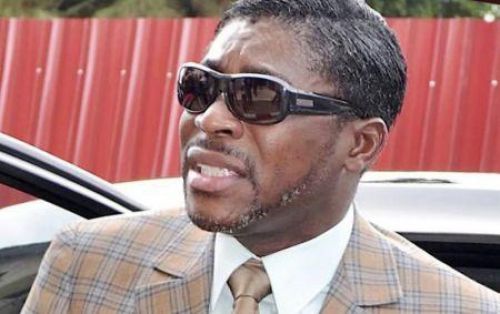 (Ecofin Agency) - The assets seized from the vice president of Equatorial Guinea, Teodoro Nguema Obiang Mangue (pictured), will be redirected to the fight against Covid-19 in the country. The decision was announced on September 20 by the U.S. Department of Justice.

The U.S. justice system accused Teodoro Nguema Obiang Mangue of acquiring $300 million in assets through corruption and money laundering in 2011. He did so by using his "position and influence" while he was Minister of Agriculture and Forestry. Some of these funds were allegedly used by the vice president to purchase property in the United States, including a $30 million mansion and various items that belonged to artist Michael Jackson.

Teodoro Nguema Obiang Mangue is no stranger to legal troubles. In 2016, the Swiss justice seized 11 luxury cars from him. The vehicles were then sold at auction and part of the money was used in social projects in Equatorial Guinea. A year later, France sentenced him to three years in prison suspended with a €30 million fine, and seized some of his assets, including a $120 million property.

In 2018, Brazilian customs seized about $1.5 million in cash and luxury watches valued at more than $15 million from his luggage at the Viracaspos airport. This year, the 53-year-old's assets were frozen in the UK as part of anti-corruption sanctions announced by London.