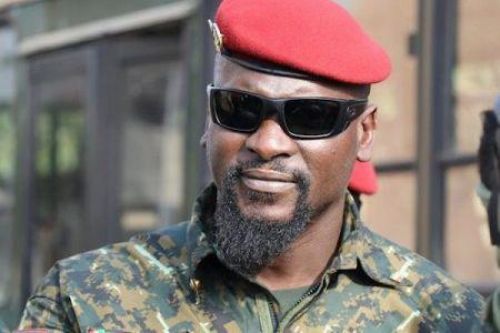 (Ecofin Agency) - Upon taking office in September 2021, President Mamadi Doumbouya set several priorities, including getting Guineans to be more involved in the exploitation of the country’s mineral resources. For that purpose, a draft law has been prepared and submitted to the transitional parliament.

Late Thursday, September 22, 2022, the Guinean transitional council passed two bills, including one concerning local contents. The bills on local contents were submitted to the parliament some weeks ago. It aims to promote skill transfer and get Guineans more involved in the national economy, in the mining sector particularly.

In the first few weeks after taking office last September, Colonel Mamadi Doumbouya, now President of the Transition, made the "local content" a key issue in his discussions with actors in the Guinean mining industry.

The Guinean mining sector already has a regulatory framework overseeing the “local content” part. The framework includes financing projects and infrastructure to profit local communities, training and capacity building for Guineans, and the use of local suppliers.

Despite that framework, residents usually point to the mining sector’s failure to improve living conditions. According to local media outlets, the new bill passed aims to correct some shortcomings noted in the application of provisions of the previous framework.

Guinea is the world's second-largest producer of bauxite, a mineral used in the production of aluminum. It is also a major gold producer in the West African region and has significant diamond and iron ore reserves.