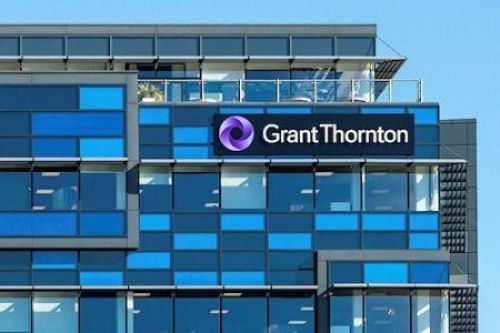 (Ecofin Agency) - On Friday 20 January 2023, the Africa Tax Desk of audit group Grant Thornton organized a conference, in Côte d'Ivoire, detailing what to expect with the implementation of the Base Erosion and Profit Shifting multilateral instruments (MLIs).

Participants at the hybrid conference had the opportunity to listen to an OECD expert, Cameroonian and Ivorian tax officials, and Grant Thornton’s associate lawyer.

Jessica Di Maria, the Tax Treaty Advisor for the OECD's Centre for Tax Policy and Administration, presented the instrument's background information, including the 75 ratifying countries (including five African countries) as well as its challenges. The Cameroonian and Ivorian tax officials also provided some feedback.

Sylvestre M’Bra, representing the Ivorian tax authority, presented the progress of the ratification process in Côte d'Ivoire, the agreements that will be amended by the instrument as well as the agreements, like the tax treaties adopted by ECOWAS and the WAEMU, whose amendment will be difficult.  He also provided information on the types of changes to expect, on issues such as permanent establishment, or procedures in case of disagreement.

According to Yvette Zangballa, who was representing the Cameroonian tax authority, Cameroon has effectively ratified the multilateral instrument but several agreements are set to become effective this year. Few agreements are concerned by the instrument because only those that were effective at the time the country submitted its instrument are covered.

The conference continued with Grant Thornton's representatives in France and Canada sharing experiences. It appears that though the multilateral instrument has advantages, there are implementation difficulties concerning notably legal interpretations, overlapping texts, and the management of situations where not all partners in a convention have adopted the multilateral instrument.

Côte d'Ivoire, as well as a number of French-speaking African countries, have signed up for the Inclusive Framework on BEPS, which aims to combat the tax evasion method widely used by multilateral companies - transferring profits to countries where they have no real operations.

BEPS Action Point 15 provides for the development of a multilateral instrument ("MLI") on tax treaty measures to prevent tax base erosion and profit shifting. The ultimate objective of the MLI is to adapt existing bilateral tax treaties to the actions of the BEPS project without requiring subsequent amendments for each signatory, thus resulting in a modification of the tax treaties covered by the instrument, depending on the options and reservations made by each signatory state.

"Though [its effectiveness] is subject to ratification, the multilateral instrument will impact pre-existing bilateral tax treaties with the mandatory introduction of minimum standards that would either supersede the current provisions or be interpreted following the new provisions set out by the MLI," Grant Thornton indicated to justify the conference.