Towards a positive societal footprint for responsible gold mining 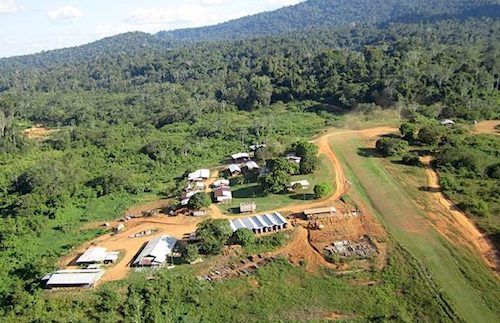 (COLUMBUS GOLD ) - At a time when pandemic is raging, questions about the world after Covid-19 affect all economic sectors. This pandemic comes to say out loud what many civil society organizations were already saying and is pushing each organization to rethink its activities, its development, its impact on biodiversity and environmental footprint.

It is all the more the case for the gold sector as in any crisis, gold confirms its safe haven status with a price still at historically very high levels. At the same time, like other resources, gold is facing growing attention to the environmental and social impact of the conditions under which it is extracted.

In these times of uncertainty, gold is then both strengthened in its role as a safe haven and confronted with its negative impacts up its value chain.

The environmental impacts on forests and biodiversity related to the land tenure of extractive activities are mobilizing many of the communities bordering the sites, as was the protest movement that led to the recent suspension of the Alamos Gold mining project at Kirazli in Turkey. Waste treatment techniques have sadly made news headlines with the rupture of the Brumadinho mining dam in 2019, with the dumping of 12 million cubic meters of mud causing the death of at least 259 people. Not to mention the daily environmental and health devastation caused by illegal gold panning using mercury, despite its ban, notably by the European Union.

But it is probably the communities' feeling of being ignored and deprived of legitimately expected compensation that creates the most distrust. The lack of consultation upstream of mining projects, which is essential for the construction of free, prior and informed consent of communities, is the strongest reason for opposition. Without dialogue, without shared diagnosis, there is no chance of convincing people of the sincerity of the commitments. Whether they concern environmental protection, training and creation of sustainable jobs or the development of the local economic fabric, they are often perceived as false promises.

These issues expose industry players on all five continents to significant legal, societal and reputational risks. Examples are multiplying, as evidenced by the criminal liability of Vale executives following the Brumadinho dam failure, or the abandonment of projects such as the Tia Maria copper mine in Peru. Legal risks that are taking on new extraterritorial forms, such as the recent decision against Nevsun Resources by the Supreme Court in Canada. The judges recognized the jurisdiction of Canadian courts to deal with Eritreans' complaint of human rights violations at the mine site of the Canadian mining company's subsidiary in Eritrea.

Responses to these issues are emerging. Whether it is the co-management of the Red Dog mine in Alaska, or the implementation of circular economy approaches to reduce the carbon footprint as illustrated by the Kittilä mine in Finland. However, if the mining industry is rapidly adapting to new environmental and human rights standards, it is not yet perceived as able to meet the increasingly insistent expectations

These expectations are all the more legitimate as mining is undeniably a lever for structuring a territory. Indeed, in many cases mining was the first industry to develop territories and create wealth. Whether it is a question of transport or energy infrastructure needs, technologies or skills, a mining project contributes, in sometimes isolated areas, to establishing the conditions for economic and social development that goes far beyond the extraction activity alone. The potential for optimizing positive impacts is all the greater if mining operators manage to bring together all local economic players.

However, it has become very difficult, in the light of so many controversies that are stirring up the sector, to perceive mining activity as a strategic axis for the development of a territory, respectful of people and the environment. This makes it necessary to create the conditions for trust with regard to stakeholders.

The time for responsible mining has come! A mine whose governance is open to stakeholders and whose credo is the search for shared diagnoses and transparency. A mine that uses the most advanced technologies to drastically reduce its environmental impact. A mine that aims and displays its ambitions for a positive social impact on the territory, before, during and after exploitation.

The gold sector can lead the way! Its value chain has probably never been better positioned to bring out tangible projects of responsible mining. The stars are aligned to enter into ambitious, sincere and well-resourced commitment processes. We will play our full part.

About Columbus Gold
A key player in the exploration and development of gold deposits in French Guiana, Colombus Gold aims to develop projects that are economically viable, socially responsible and environmentally friendly. With its major projects such as Maripa and Montagne d'Or, Columbus Gold has invested more than 51 million euros in French Guiana over the last 5 years. Convinced that the viability of a mining project is conditioned by its positive footprint throughout its life cycle, Columbus Gold is committed to developing responsible mining projects that meet the expectations of stakeholders and thus contribute to the sustainable development of the territory. 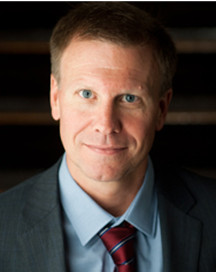 Mr. Rock Lefrançois is a professional geologist with 30 years of experience in the mining industry, more precisely in the search and evaluation of various types of precious and base metal deposits throughout North and Central America. During his fifteen-year engagement with mid-tier mining companies, namely in the position of Senior Geologist with Cambior and Aur Resources, he was responsible for the implementation of project generative and advanced acquisition programs and the management of exploration and extensive resource/reserve definition drilling programs. Mr. Lefrançois has held high-level management positions and directorship of publicly trading Canadian junior exploration companies. During his seven-year tenure as Vice-President and President & COO of NioGold Mining Corp., he was a key contributor to consolidating a large land package within the heart of Canada’s most prolific gold mining camp, defining a +2 million-ounce resource, and finally attracting and negotiating a strategic partnership with a mid-tier producer to carry the project to the feasibility stage.