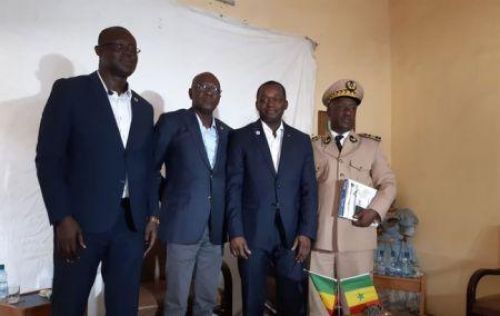 (Ecofin Agency) - Air Senegal will soon open a direct line to the US. This was promised on September 19 by Alioune Sarr, the Senegalese minister of tourism and air transport, upon a meeting with the local development committee on the Island of Gorée.

“I have the honor and pleasure, on behalf of the Head of State Macky Sall, to announce to you, Mr. Mayor, and to you, the people of Gorée, that Air Sénégal will open the Dakar - Washington route within the next six months,” he said.

This second long-haul flight, after Dakar-Paris, will be operated by Airbus A330neo. To this end, Air Senegal is expecting a second aircraft on 15 October, the Minister confirmed.

The launch of the Dakar-Washington route will make up for the suspension since September 1, 2019, of the Johannesburg - Dakar - Washington route by South African Airways. Once the flights between the Senegalese capital and the United States capital are completed, Dakar will become the second city in West Africa to offer direct flights to Washington, after Accra.

Alongside the large Senegalese diaspora living in the United States, the Minister believes that tourism on the island of Gorée is a major asset. According to Alioune Sarr, “most of the tourists [from the United States, ed] coming to Senegal come to Gorée.”

Air Senegal has a fleet of three Airbus A319-100s, two ATR72-600s, and one Airbus A330neo. In addition to Ziguinchor in the domestic network, the company currently serves Abidjan, Bamako, Banjul, Bissau, Conakry, Cotonou, Niamey, Ouagadougou, Sal, Praia, and Paris. The airline will soon be targeting Lagos in Nigeria and Douala in Cameroon.