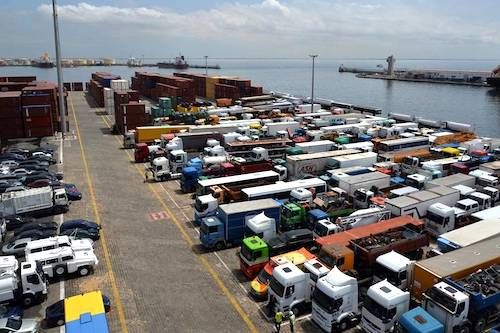 (BOLLORE ) - Dakar Terminal, a subsidiary of Bolloré Ports and operator of the El Hadji Malick SY ro-ro terminal, has been awarded the Green Terminal label following the audit conducted on 23 December 2021 by Bureau Veritas. Dakar Terminal is the fifth port concession to obtain this label in recognition of its commitments and the measures taken to mitigate the impact of its activities on the environment.

The audit was conducted by Bureau Veritas experts and based on the eight pillars of the labelling process, which include work processes, building infrastructures that comply with international standards, acquiring more environmentally friendly handling equipment, waste management and training employees in best practices related to environmental issues.

For several years, Dakar Terminal has been working daily on several opportunities to improve its environmental performance, in particular optimising its handling equipment fuel consumption, which has decreased by 26% since 2019, and the reduction of urban congestion made possible by the digitisation of transport documents as well as the transfer of imported vehicles to the dry port of Diamniadio. The operator has also surrounded itself with qualified service providers to collect, recover and recycle the waste produced within the terminal. As a result of the various initiatives put in place, the share of recovery of hazardous and non-hazardous waste has increased from 4% in 2019 to 64% in 2020.

"Obtaining the Green Terminal label, validated by Bureau Veritas, highlights the efforts made on several levels by our teams, particularly with regard to waste management, the digitisation of documents as well as awareness-raising actions among our employees and subcontractors. Our challenge for 2022 will be to further reduce our environmental footprint based on our current scoring and to reach an even higher level of performance,” explains Jérôme Beseme, Managing Director of Dakar Terminal.

The Green Terminal label was launched by Bolloré Ports in June 2021 with the aim of reducing the carbon footprint of its activities by relying on a methodology validated by Bureau Veritas, one of the world's leading testing, inspection and certification companies, and covering all environmental concerns.

Dakar Terminal Senegal operates the El Hadji Malick SY ro-ro terminal at Mole 2 of the Port of Dakar. The company is responsible for the logistics operations of ro-ro, con-ro and car-carrier ships at the port. In compliance with the operating regulations of the Autonomous Port of Dakar and the provisions of the ISPS Code, Dakar Terminal provides services in the reception and delivery of rolling stock, containers and conventional goods for import, and transshipping for export. Dakar Terminal has equipped itself with modern equipment and highly experienced staff to provide services compliant with the expectations of customers and operators. Dakar Terminal, which employs 168 Senegalese professionals, contributes to the development of the economy and supports local populations through solidarity and committed initiatives.

Bolloré Ports is a global player in the port business and operates 21 concessions worldwide, including 16 in Africa. As the leading operator of port infrastructures in Africa, Bolloré Ports continues to develop and invest in Africa, and also in Asia, the Middle East and America. Its know-how is based on three main areas of expertise: management of port concessions, port handling and maritime consignment. www.bollore-ports.com