Zambia: World Bank to fund projects worth US$560 mln this year 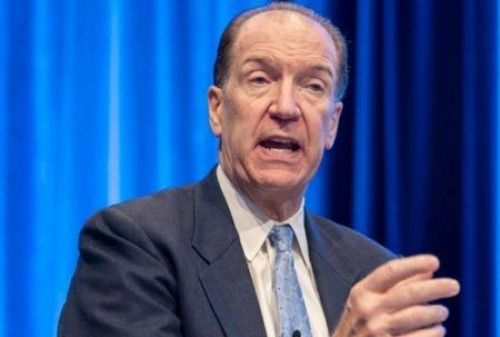 (Ecofin Agency) - Zambia’s external debt has been growing since 2006, according to World Bank data. To address the situation, the country, which is facing numerous economic challenges, has initiated reforms to revive its economy with the support of international partners.

This year, the World Bank will fund several projects, to the tune of US$560 million in Zambia. The information was disclosed in the readout of a meeting between David Malpass (photo), World Bank Group president, and Situmbeko Musokotwane, Zambia’s Finance Minister.

According to the World Bank and the International Monetary Fund, between 2017 and 2019, Zambia’s debt burden indicator worsened significantly. In late 2021, the country’s debt was US$31.74 billion, including interest arrears.

To avoid over-indebtedness and stimulate post-pandemic recovery, Zambian authorities initiated several measures. According to the readout, Zambia is commended for the progress recorded in the implementation of fiscal and structural reforms and the improvement of public service delivery in the health and education sectors.

“President Malpass welcomed China’s announcement this week to join the creditors’ committee for Zambia under the G20 Common Framework. A potential budget support operation from the World Bank could accompany a debt treatment by creditors and an IMF program once it is approved. Urgent action from the international community is critical at this point to support Zambia’s macroeconomic stability and debt sustainability to spur growth and poverty reduction,” the readout informs.