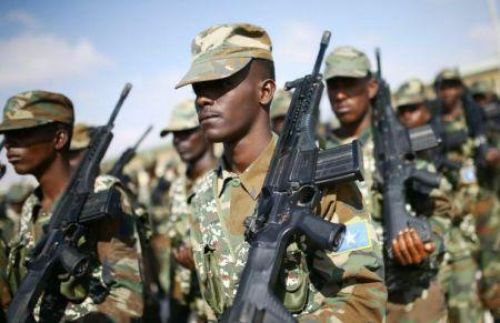 (Ecofin Agency) - Clashes broke out on April 25 in Mogadishu, the capital of Somalia, between several armed fighters as the term of President Farmaajo was extended by the Parliament. Media reports said gunfire was heard late into the night yesterday and several witnesses reported scenes of burning vehicles and tense standoffs in the downtown.

The fighting is between the special forces of the Somali Federal Army, loyal to the current government, and soldiers who have mutinied and sided with the protesters. They reject the recent extension of the mandate of President Mohamed Farmaajo, who obtained from parliament the mandate to remain the head of the Federal Republic of Somalia for the next two years.

While his term officially came to an end on February 8, 2021, the Head of the State was granted this term extension as the government failed to organize elections on time. The presidential camp and the opposition blame each other for the failure to organize the elections, which were supposed to bring some semblance of stability to the country.

The situation has sparked a wave of criticism from the international community and the opposition, but has also caused divisions within the security forces. On April 12, former police chief Saadaq Omar Hassan was fired after he said he was suspending the parliament for extending the president's term.

On twitter, former president Hassan Sheik Mohamud, now an opposition leader, accused President Farmaajo of trying to eliminate him by attacking his house. Although the government has denied the accusations and said the situation is now under control, many witnesses say it remains tense.

According to several experts, the only way to ease tensions is through dialog between the two parties, who seem determined to stick to their positions. Otherwise, the situation could lead to a major security crisis, which could provide a breeding ground for the shebab jihadists. This Jihadist group has been operating for several decades in Somalia.

For the time being, no reports of the clashes have been made public.