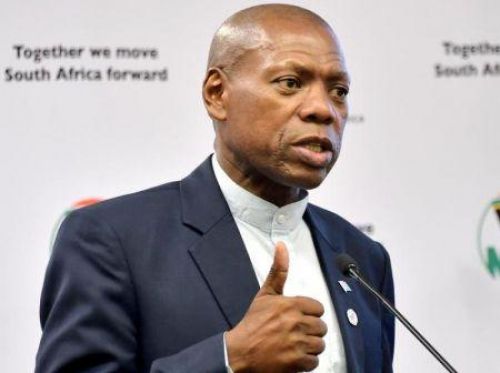 (Ecofin Agency) - South Africa will resume the rollout of the Johnson & and Johnson vaccine from April 28. The information was reported today April 26 by the Health Minister, Zweli Mkhize (pictured).

The decision came out after the minister discussed with his cabinet and the South African Health Products Regulatory Authority (SAHPRA). The official says his department has on hand all the doses it needs to complete vaccinating 500,000 healthcare workers as part of the early access protocol. “The teams have been eagerly standing by, looking forward to making up for lost time by completing this program in the shortest possible time,” Mkhize said.

As a reminder, the rollout of the vaccine was stopped on April 13, 2021, following reports of a risk of thrombosis after its use. However, nearly 292,623 healthcare workers had been vaccinated, without any cases of blood clots being reported. The suspension was a precautionary measure to investigate the vaccine.

“It has since been established there is a one in a million chance of getting the clot after getting vaccinated, and that it appears that women between the ages of 18 and 48 years...are particularly at risk. With such a low probability of developing a clot, all the regulators across the world have recommended the continued use of the Johnson & Johnson vaccine,” the official explained.

The government has put in place a system that should allow receiving the consent of people to be vaccinated and to inform in case of side effects. The resumption of the vaccination campaign has seen 95 sites being set up. The first phase of the vaccination will be completed with the immunization of nearly 1.2 million health workers by May 16, 2021.