Egypt further cuts claims from Ever Given to 550mln 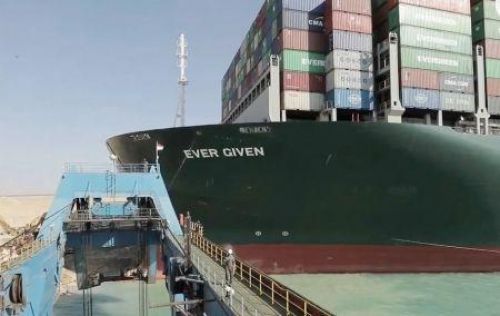 (Ecofin Agency) - The Egyptian government has further slashed the compensation claimed from the container carrier Ever Given after the March 2021 incident.

Osama Rabie, Head of the Suez Canal Authority (SCA), says in a May 25 statement that the ship’s owners will now have to pay $550 million in compensation instead of $916 million initially; that is a reduction of 40%. The new estimate was made after "the ship's owners valued the cargo loaded at around $775 million. The first compensation amount was based on a cargo value of $2 billion.”

The amount demanded by Egypt should be used to compensate for the costs incurred in the operation to free the container ship, but also the losses incurred. The incident had caused a daily revenue loss of $12 million to $15 million for SCA. Ever Given blocked the waterway for 6 days thus disrupting global trade. Osama Rabie reports that during the rescue operations, one of the rescuers lost his life.

The Suez Canal accounts for about 10% of the global maritime trade. Following the Ever Given incident, the Egyptians launched a series of works to improve the Canal’s capacity so that such an incident can be avoided in the future.