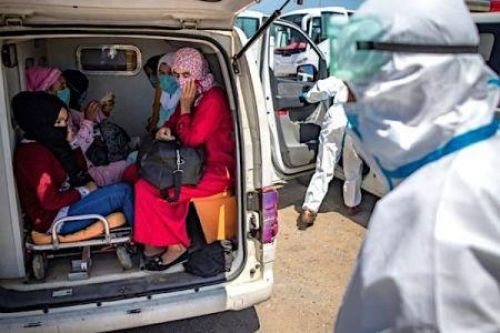 (Ecofin Agency) - Morocco is facing a new escalation in the number of Covid-19 cases. For the past eight months, things have worsened due to the Delta variant. The country reported last July 24 a daily number of 5,494 cases.

According to the health department, this eight-month record brings the total number of infections to 575,162. On the same day, 23 deaths were recorded, bringing the total number of deaths to 9,559. As for the number of people that recovered since the beginning of the pandemic, the number is 542,078, of which 1,604 were registered on July 24.

This increase in cases comes amid the spread of the Delta variant on the African continent. As of Saturday, Africa had 6.4 million confirmed cases of the virus, although its total number of deaths remains well below that of other continents with 163,526 deaths.

Morocco was one of the first countries on the continent to initiate a vaccination campaign. The country also expressed its ambition to produce vaccines locally. To this end, a project developed with the Chinese company Sinopharm started on July 5, with a short-term goal of producing 5 million doses per month.

According to the latest report of the African Centers for Disease Control and Prevention (Africa CDC), 31.3% of the Moroccan population has already received at least one dose of the Covid-19 vaccine.