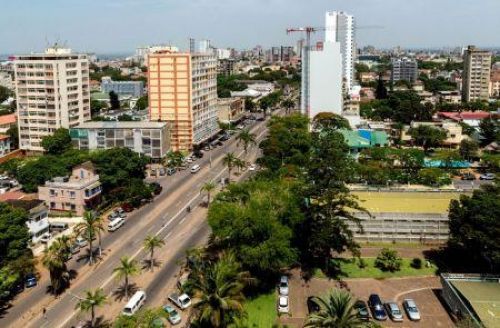 (Ecofin Agency) - In 2014, Mozambique announced a bus rapid transit project that would improve mobility in Maputo. However, the project was facing funding issues, during which the World Bank’s disbursement may end.

The World Bank, through the International Development Association (IDA), approved a US$250 million disbursement to improve mobility in Maputo, the Mozambican capital. The Bretton Woods institution disclosed the information in a release published on its website last Tuesday, August 23.

“The funds will be utilized to build the first Bus Rapid Transit (BRT) system and associated facilities in the Maputo Metropolitan Area," the release explains.

They will also fund the rehabilitation of surrounding streets, and improve access to low-income neighborhoods by upgrading roads and building non-motorized transport infrastructure, covering Maputo, Matola, and Marracuene. The program, which will extend to the Boane district, also aims to remove barriers to mobility for women and vulnerable groups.

“This operation will ultimately contribute to expanding economic opportunities and social inclusion. A lack of access to jobs and services is a major constraint to urban economic productivity as it hinders the city’s competitiveness and is a critical element of social exclusion underpinning urban poverty,” said Idah Z. Pswarayi-Riddihough, World Bank Country Director for Mozambique.

According to the World Bank, mobility need was upped by rapid growth in urbanization and motorization in the Maputo Metropolitan Area (MMA). By 2035, the MMA population will be close to four million, the World Bank estimates.

In that context, the “project offers an integrated approach to respond to the urban mobility challenges of the MMA and to support the longer-term objectives of making the metropolitan area more competitive, greener, and more resilient.”

It will address current gaps in the transportation system and reduce the great distance between people and economic opportunities. The ultimate goal is to strengthen the potential of agglomeration economies.

“The project is aligned with both the current and new Country Partnership Framework under preparation, in particular its thrust to accelerate structural transformation and strengthening institutions for better service delivery and more sustainable development,” the World Bank release informs.