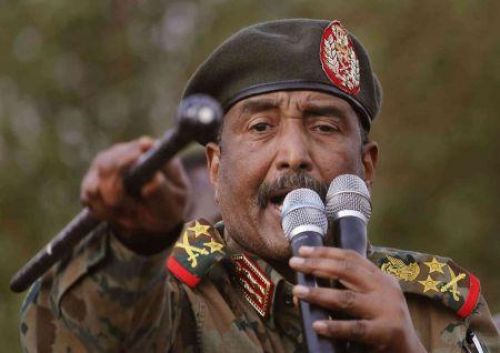 (Ecofin Agency) - In recent months, Sudan has succeeded in securing financing guarantees with the international community. The country was only able to do so thanks to the democratic process it was following until a new coup happened. With this new picture, Khartoum could lose its supports.

Yesterday, a new coup happened in Sudan. The second in three years. Abdel Fattah al-Burhan (pictured), the coup leader, dissolved the government a few hours after PM Hamdok and many other officials were arrested. The former Chairman of the Sovereign Council also announced a state of emergency, then deployed the army in Khartoum.

While it may appear to be a setback to the progress made so far in the democratic process, the coup in Sudan is a rather negative signal for the country's financial partners. The country has in recent months emerged from a long absence in the international financial system, after Omar el-Bashir was ousted. The transitional government, led by both military and civilians, enjoyed a kind of good image on the international scene, especially with France, which defended Sudan to creditors. Following tough negotiations, which included the promise of compensation to American families who were victims of terrorism, and the establishment of diplomatic relations with the state of Israel, Sudan was finally withdrawn from the U.S. terror list

The African country also obtained financing from France and the U.S., in particular, to settle debt with the World Bank, the IMF, and the ADB. The objective, in the long run, is to relieve Sudan from its debt burden and allow it to finance its economic reform and development projects. The country suffered a recession for three successive years (-2.7% in 2018, -2.2% in 2019, and -3.6% in 2020, according to the IMF).

Given that Abdalla Hamdok was the main contact person with international partners, his arrest risks disrupting the ongoing process. Despite the military's commitment to form a "government of competent people" and to continue "the transition to a civilian state," the international community expressed concerns. French President Emmanuel Macron has called for "the immediate release and respect for the integrity of the Prime Minister and civilian leaders," while the U.S. says “any changes to the transitional government by force puts at risk U.S. assistance.”

Official sources revealed that the military fired live ammunition at protesters in Khartoum. No casualties have been reported so far. But many observers fear that the situation will exacerbate the inflationary and social crisis that has already led to protests in recent months against the government of Abdalla Hamdok.

For 2021, the IMF was expecting a slight recovery in growth to 0.9%, but the forecast could change.