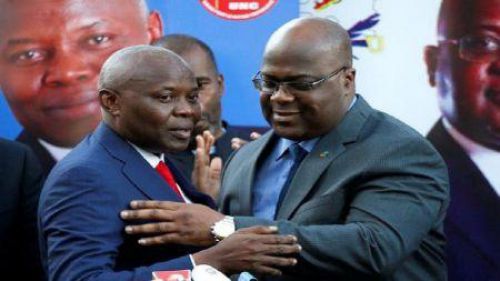 (Ecofin Agency) - At less than one month from presidential elections in the Democratic Republic of Congo, the political arena seems to be gradually rebuilding itself.

This new pact which joins two of the most important opposition parties occurs just days after the two leaders announced their withdrawals from the Geneva agreement which chose Martin Fayulu as the single candidate for coming presidential election.

"Today, I have decided to support M. Tshisekedi, as the president of Congo" Vital Kamerhe said adding that it is “the winning ticket”.

Let’s note that the coming presidential election should be the first without Joseph Kabila, president for seventeen years now, as a candidate. It could also lead to the first peaceful democratic alternation in case the opposition wins.