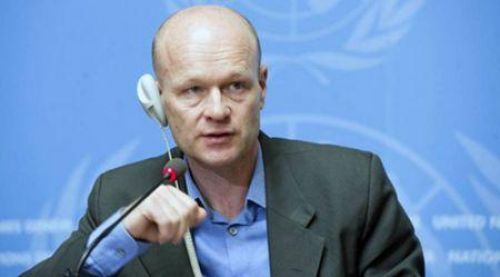 (Ecofin Agency) - The United Nations announced in a Nov 24 statement it wants to raise $76 million to assist people living in Tigray, Ethiopia.

This is a humanitarian aid to the population affected by the conflict between the region and the central administration. The program is expected to cover the period from this month to January next year and comes as a support to the previous aid plan set up for Ethiopian refugees who fled to neighboring Sudan.

According to Jens Laerke (pictured), spokesperson of the UN Office for the Coordination of Humanitarian Affairs (OCHA), the new plan “includes existing humanitarian caseloads and an additional 1.1 million people expected to need assistance as a result of the conflict.”

A few days ago, the UN announced a strategy to raise $200 million for people fleeing to Sudan as a result of the conflict. The institution said the number of refugees could reach 300,000, from 33,000, in the coming months.

“The UN is extremely concerned about the safety of civilians in the Tigray region, especially the more than half a million people - including more than 200 aid workers,” Jens Laerke said.