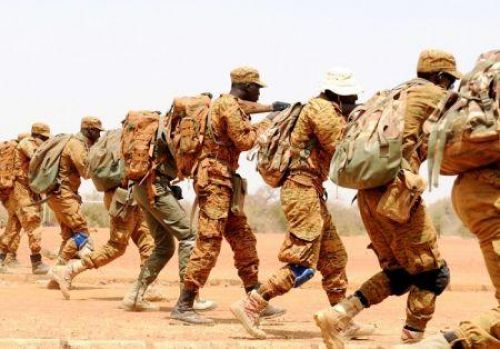 (Ecofin Agency) - The government of Burkina Faso will recruit civilian volunteers for counter-terrorism activities. The law approving the measure was adopted unanimously by the Parliament last week.

The new recruits, aged at least 18 and living in recruitment areas, will first be trained by regular army officials over 14 days before they receive small arms and communication and vision tools. Called “Homeland Defense Volunteers” (Volontaires de défense de la Patrie -VDP-), this strategy aims to offset army weaknesses in preventing and responding to attacks suffered by Burkina Faso in recent years.

The government stressed that the groups of volunteers will not become self-defense militias. The new law adopted defines a VDP as “a person of Burkinabe nationality, auxiliary to the defense and security forces, voluntarily serving the security interests of their village or area of residence, under a contract signed between the volunteer and the state.” VDPs will receive salaries similar to those of Burkinabe civil servants, and their recruitment will be subject to the approval of the local population after a general assembly meeting.

The law was passed in the aftermath of a terrorist attack that killed around 36 civilians in the Centre-North region. This situation comes against a backdrop of an upsurge in terrorist attacks in the country since 2015, targeting civilians and military personnel.

While the new measure is welcomed by the ruling party, many observers are concerned about the possible excesses it could cause, for example by helping to fuel terrorist groups. In addition, some questions remain as to the status of these volunteers once the terrorist threat is addressed.

It should be recalled that the new law was announced in November 2019 by President Roch Marc Christian Kaboré, after the attack on a mining convoy that left 39 people dead.