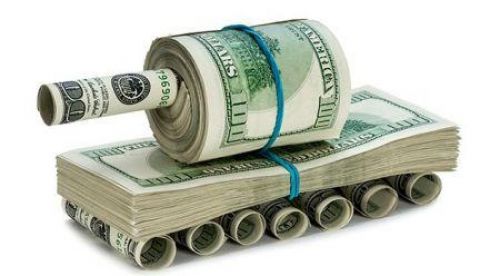 (Ecofin Agency) - Between 1988 and 2020, Africa has invested a total of $892.2 billion in military spending. The sub-Saharan part of the continent spent $512.2 billion, according to data provided by the Stockholm International Peace Research Institute, SIPRI. This makes Africa the region that spent less on military equipment worldwide over the period under review.

Military spending in North America reached $21,887 billion over the period and in Europe, the figure is more than $10,000 billion. Despite its population of 1.3 billion inhabitants, Africa records the lowest level of military expenditure per capita with an average of $40 for each country (with some variations) in 2020. Military expenditure per capita in North America was $1,447 in 2020, in the US it was $2,351 over the period.

The analysis of military expenditure to GDP also shows that Africa spent less than 1.7% of the wealth that its countries created in 2020. This ratio reaches 2.5% for North America and European countries.

This data contradicts narratives that Africa is ruled by people who keep themselves in power by buying more and more weapons. The data, however, only revealed governments’ military spending but does not necessarily tell about the arms purchases of other stakeholders who are fuelling conflicts in countries such as Cameroon, Kenya, or the greater Sahel region.

The military expenditure per capita reveals the struggle of the African government to implement an efficient security approach for all. In many countries where the populations claim the right to have a safe life away from conflict, they are often unaware that their leaders can only spend an average of $40 on military protection for each individual.