Mali: Bah N'Daw and Moctar Ouane resign, M5 in discussion to play a bigger role in the Transition 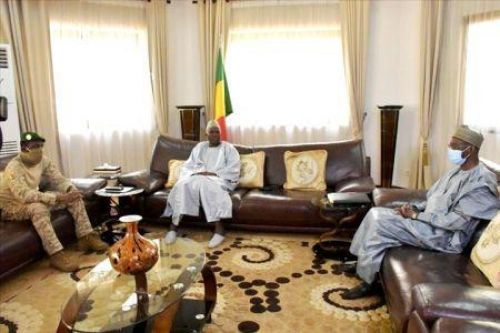 (Ecofin Agency) - Yesterday May 26, Mali’s President Bah and PM Moctar Ouane resigned. The information was reported by an army official.

The two officials announced their resignations to members of the international mediation mission who were dispatched to find a solution to the Malian crisis. "Negotiations are underway for their release and the formation of a new government," said Baba Cissé, special advisor to Colonel Assimi Goïta.

Arrested on Monday, May 24, by members of the Malian junta, the president and his prime minister were dismissed the next day by Colonel Goïta, vice president of the transition. Goïta accused them of violating the Transition Charter by forming a government that excluded some of his peers without consulting him.

Since this new coup, many observers have been wondering what will happen to the Malian transition, which was supposed to lead to free, transparent and democratic elections. While Assimi Goïta has reaffirmed his intention to maintain elections for 2022, he has not publicly indicated how the junta intends to organize itself to ensure the transition until then.

Regarding this issue, Jeune Afrique magazine revealed that negotiations had recently begun between the military and the Movement of June 5-Rassemblement des forces patriotiques du Mali (M5-RFP). This opposition movement, which fueled the protest against former President Ibrahim Boubacar Keïta (IBK), has also been quite critical of the current transition in the country, which it accused of not being inclusive enough.

According to Jeune Afrique, Bah N'Daw has asked members of the M5-RFP to propose the personality who could become the new Prime Minister. The movement has reportedly already agreed in principle, but has set conditions for the military.

The new coup raises fears of an escalation in the security crisis that Mali has been experiencing for decades. Since the jihadist insurgency recorded in the north in 2012, the country has been the scene of repeated attacks by terrorist groups against civilians but also against the military.

From now on, all eyes are on the next public statements of Assimi Goïta, the real strong man of the country since the coup of 2020 and who seems to be the new metronome of Malian political life.