Morocco: Tanger port to become the biggest of the Mediterranean, with new terminals 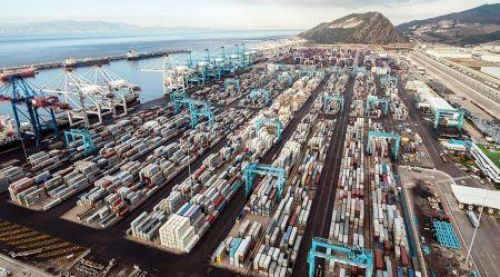 (Ecofin Agency) - Morocco will open new terminals at Tanger port to increase the infrastructure’s container capacity, Rachid Houari, the port’s Manager, told Reuters this week.
He says the government plans to add six million TEU to the capacity of the biggest port in Africa, which last year was estimated at 3.5 million 20-foot equivalent units (TEU), under a €1.3 billion extension program.
With program completion, Tanger will surpass Spanish port of Algeciras and Valencia and become the biggest port in the Mediterranean.
“I hope we will add one million TEU of containers every year,” Mr. Houari said, pointing out extension will end by next six years.
Moutiou Adjibi Nourou