COVID-19 response and economic diversification crucial to growth recovery in Southern Africa, the most affected region 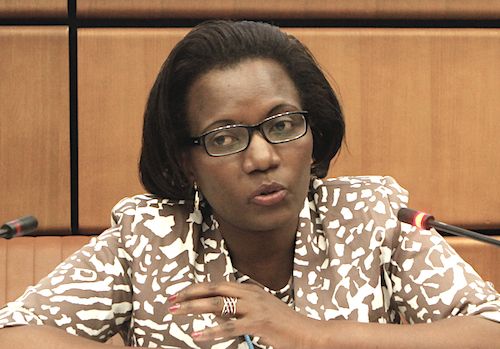 (AfDB) - A higher level of preparedness is urgently needed to prevent and mitigate the COVID-19 pandemic in Southern Africa, including additional resources for testing and to reduce the impact on households and the economy, the African Development Bank said in its new Southern Africa Regional Economic Outlook.

Growth is projected at –4.9% in the baseline case, mainly driven by the deep recession in South Africa, induced by a fall in commodity prices, containment measures, weather-related events, and the structural issues related to public utilities. The region’s growth is projected to be the most affected by COVID-19.

Before COVID-19, Southern Africa’s economy was projected to recover from an estimated 0.7% growth in 2019 to 2.1% in 2020. As has been the case historically, South Africa, the region’s largest economy, is projected to contribute an average of 60% of regional economic output in 2020.

The impact of COVID-19 in South Africa is projected to trickle to the rest of the Southern African economies.

Botswana, Eswatini, Lesotho and Namibia are seen as more vulnerable to South Africa’s impending contraction in economic growth, while Mozambique’s sales of gas and electricity could be adversely affected. In addition, countries that rely on tourism, such as Mauritius, will be adversely affected.

However, the immediate outlook depends on the spread of new cases. South Africa is now the fifth-worst affected country in the world, with close to 400,000 confirmed cases.

The service sector, which accounts for over 50% of the GDP of most of the regional economies, is projected to be negatively impacted by the pandemic, worsened by travel bans, as well as disruption to transport, distribution, hotels and restaurants, entertainment, retail and trade.

The Outlook identified poverty and inequality as twin challenges affecting the Southern
Africa region and called for policies aimed at making growth inclusive, broad-based and pro-poor if growth is to substantially address both issues.

Compared with other regions in Africa, the region has the highest unemployment levels, averaging 12.5% between 2011 and 2019, followed by North Africa averaging11.8% over the same period.

Unemployment is likely to escalate, especially in hardest-hit sectors such as tourism and hospitality, entertainment, retail and trade and agriculture, where most of the people in the region are employed.

Improving business environment competitiveness in the region is therefore critical. The African Continental Free Trade Area (AfCFTA) is projected to provide medium- and long-term opportunities for markets to spur economic growth. The intra-African market is expected to mitigate some of the negative effects of COVID-19.

The publication identified the provision of, and access to, quality education and skills as the basis of prosperity, dignity and well-being for individuals, and forms the backbone of successful economies. To achieve economic diversification and structural change towards high-productivity sectors, a better skilled and more adaptable labor force is necessary, the report recommended.

Released annually since 2003, the African Economic Outlook (AEO) provides compelling up-to-date evidence and analytics to inform and support African decision makers. Since 2018, the publication of the AEO has been coordinated with the release of five Regional Economic Outlook (REO) Reports for Central, East, North, Southern and West Africa.

“This year’s third edition of the Southern Africa Regional Outlook report offers robust options for policy makers at national and sub-regional levels to confront the challenges of sustainable economic development through skills development for the future of the workforce in the post-COVID 19 era,” said Josephine Ngure, the African Development Bank’s Acting Director General for Southern Africa.