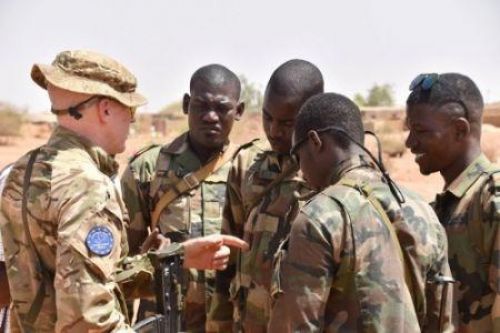 (Ecofin Agency) - The European Union announced the suspension of its army and police training missions in Mali. The decision follows the military coup that happened last week with the resignation of President Ibrahim Boubacar Keïta.

This situation, which is just the fallout of a long social and political crisis marked by popular protests, was condemned by the EU as well as the African Union, ECOWAS, and the United States, who together called for a restoration of constitutional order.

Launched in 2012 after France fought the Islamist groups in the north, the EU military mission (EUTM Mali) has more than 600 soldiers from 28 European countries, including EU and non-EU member states. Soldiers are tasked with building the capacity of Mali's army and police to help the state regain control of its territory.

According to information relayed by Reuters, the institution stopped its training mission because it was intended for “legitimate national authorities.” However, the EU said the suspension is temporary.