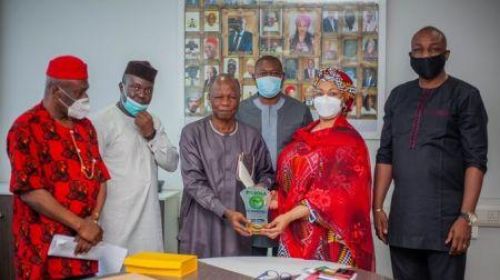 (Ecofin Agency) - The government of Nigeria approved the disbursement of 10 billion naira ($26 million) to support road carriers in this tough pandemic context. The announcement was made on August 26 by the Minister of State for Transport, Gbemisola Saraki, who was receiving a delegation from the Public Transport Owners of Nigeria Association (PTONA), led by Chairman Isaac Uhunwagho.

The money is domiciled for the time being with the Federal Ministry of Commerce, Industry, and Investment, the minister said, while stressing that her department was already working on the modalities of disbursement.

While the initiative comes as a relief for actors of the transport sector. It remains however insufficient to make up for the accumulated losses. Last June, PTONA members deplored a shortfall of about 200 billion naira ($519 million) as a result of the government's decision to ban interstate travel. The restriction, which lasted 12 weeks, resulted in the dismissal and layoff of several thousand employees.