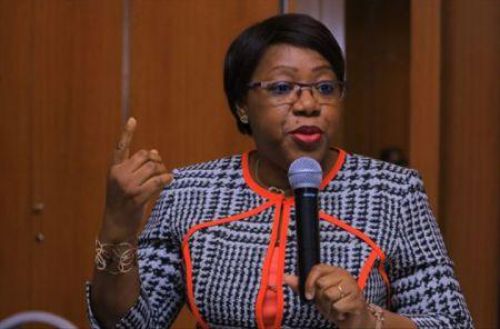 (Ecofin Agency) - XOF5 billion (about $8.6 million) will be needed to allow the compendium of female expertise in Côte d’Ivoire (Compendium des compétences féminines de Côte d’Ivoire-COCOFCI) meet the goals set for the second phase of its action plan. This was revealed by Euphrasie Yao (photo), coordinator of this compendium, on November 23, 2018, during a workshop organised to present the said phase.

"I strongly solicit your support to help us raise the budget of about XOF5 billion required from us to achieve the expected results. The women of this compendium are soliciting your support to improve their fundraising strategy so that in 2024, during the next final assessment of the second phase of this programme, results better than those achieved today are attained" the coordinator said talking to national and international partners.

During the second phase, "the Compendium program will work to ensure a better use of its database which is strongly solicited by the development community at the national as well as international level. With the programme, we will develop women/young girls’ innovative economic empowerment and women entrepreneurship projects, in partnership with civil society organisations. We will continue actions to favor women’s involvement in decision-making positions in every region and in the various Ivorian diaspora", Euphrasie Yao said.

She also assured that peace promotion will be greatly introduced to let women and young girls of COCOFCI fully play their roles in preserving peace in Côte d’Ivoire.
Let’s note that during the first phase of this programme, a dynamic database of more than 14,000 high-ranking officials, educated young girls, and women of all levels residing mainly in rural areas, was created. The first phase also improved the consideration of the gender dimension and contributed to the appointment of women in the government, in institutions and in the administration of private companies. In addition, this phase contributed to the development of women and young girls’ leadership with specific training and experience sharing programs. It also contributed to the development of partnerships for women’s employment and the resolution of gender issues.