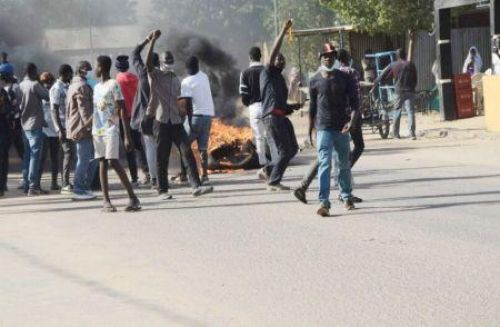 (Ecofin Agency) - Chad’s Transitional Military Council (TMC) has been facing its first popular protests since the beginning of this week. Initial reports revealed that at least five people were killed during the demonstrations, which were banned by the authorities.

In Moundou and N'Djamena, several dozen people gathered on April 27 in response to a call from several opposition parties and civil society organizations. They challenged the creation of the Council, which they saw as a means for the military to effect a dynastic transfer of power from the late President Idriss Déby Itno to his son, four-star General Mahamat Idriss Déby.

Mahamat delivered his first speech on TV as the head of the TMC yesterday April 27 calling for an inclusive national dialog. "I will be the guarantor of this dialog, which will not evade any subject of national interest, according to a precise timetable that the government will unveil," he said.

While the opposition continues to criticize the Council, Mahamat Idriss Déby was reassuring about his intentions. "The Transitional Military Council has no other objective than to ensure the continuity of the state, the survival of the nation and prevent it from sinking into nothingness, violence, and anarchy," he said.

"The members of the Council are soldiers who have no other ambition than to serve their country loyally and with honor. Any other attitude on the part of the members of the TMC will be an unforgivable attack on the memory of the marshal and their commitment to the people,” he reassured.

For now, the appointment of Albert Pahimi Padacké as prime minister does not seem to have calmed the opposition's protests. Even if this first day of demonstrations has allowed the new government to show that it will not hesitate to use force to repress a long-muffled opposition, the political situation in the country is expected to remain tense in the coming days.