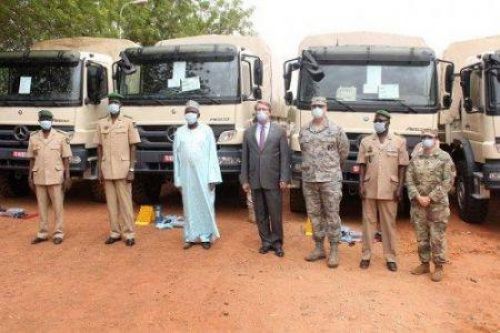 (Ecofin Agency) - The United States offered Niger 10 military Mercedes Atego trucks and a logistical warehouse to support the fight against terrorism in the region. The equipment is valued at CFA895 million ; CFA626 million (about $1 million) for the trucks and CFA269.1 million (about $430,000) for the 300m2 warehouse.

The donation was received on May 27 by the Defense Minister Issoufou Katambé. According to US authorities, it will improve Niger’s response capacity. As a reminder, the US has already provided Niger with trainers, advisers, and fuel and logistics vehicles, such as backhoe loaders, tankers, cranes, and troop transport trucks.