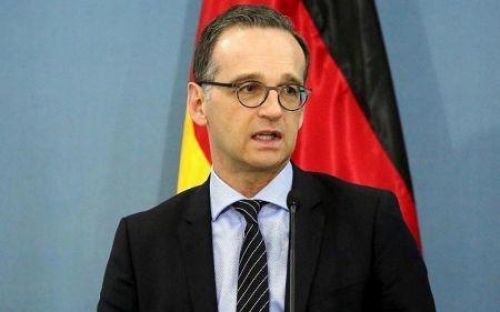 (Ecofin Agency) - The first genocide of the 20th century, the official recognition of the massacre of the Hereros and Namas in Namibia had been the subject of negotiations between Berlin and Windhoek for five years. To help the communities affected by this tragedy, Germany promises financial aid over 30 years.

The German state acknowledges having committed genocide in Namibia. This was announced by German Foreign Minister Heiko Maas (pictured), in a statement issued on Friday, May 28.

"Today we have only one word to describe what the German colonial occupation perpetrated in Namibia between 1904 and 1908: genocide. I hope that today we can take an important step towards reconciliation," she said.

This announcement comes after several years of negotiations between the German and Namibian authorities on the nature of the events that took place in the country.

Colonized by Germany between 1884 and 1915, Namibia, like most former African colonies, experienced resistance movements against the "white invader”. These movements were led by two parties, the Hereros and the Namas, who protested mainly against the colonialists' seizure of their land and livestock.

According to the work carried out by several researchers, the German empire implemented a real extermination plan from 1904. Led by General Lothar von Trotha, this genocide cost the lives of at least 60,000 Hereros and 10,000 Namas who perished, having been shot, abandoned in the desert or killed as a result of the conditions of detention in the concentration camps.

Considered the first genocide of the 20th century, long before the Holocaust of the Jews ordered during World War II by Adolf Hitler, the massacre of the Hereros and Namas had been the focus of discussions for five years between Berlin and the Namibian government and the descendants of the communities. These discussions resulted in an agreement that provides for $1.3 billion in financial support over 30 years, not as compensation, but as a "gesture of recognition of the immense suffering inflicted on the victims" and support for the "reconstruction and development" of the communities affected by the genocide.

"In light of Germany's historical and moral responsibility, we will ask Namibia and the descendants of the victims for forgiveness for the atrocities committed," said Heiko Maas. "We cannot change the past, but together we can look to the future," he concluded.