Mali: the U.S. calls for a democratic civilian government by April 2022 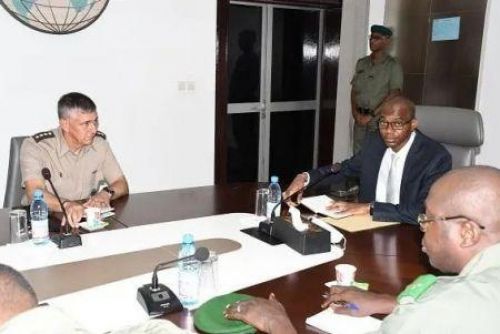 (Ecofin Agency) - The international community continues to push for the establishment of a democratic civilian-led government in Mali in scheduled time. The transitional government however said many challenges could lead to a rescheduling.

The U.S. calls for the election of a democratic civilian government in Mali by April 2022. The announcement was made last September 23 by General Stephen Townsend, commander of the U.S. Africa Command (AFRICOM), during his visit to the African country.

With Malian authorities, General Stephen Townsend also discussed development aid and security support through cooperation with Mali and international partners, including the United Nations Multidimensional Integrated Stabilization Mission in Mali (MINUSMA). “The best way to achieve progress in Mali’s security and prosperity is to transition back to a democratic, civilian-led government that is responsive to the needs of the Malian people,” Townsend said.

However, the elections may not be held as planned. On Sunday, September 26, at the end of consultations on the national conference on refoundation in Bamako, Ibrahim Maïga, Minister of State Refoundation, said meeting the deadlines depends on "the reality on the ground.” "Everything will depend on the scope of the reforms to be carried out,” he said.

PM Choguel Maïga backed him up in an interview with France 24 and RFI saying that what matters most is the organization of transparent elections rather than meeting the deadline.

Amid persistent rumors that Mali has reached a deal with the Russian paramilitary group Wagner, General Townsend reaffirmed his country's commitment to "promote a secure, stable and prosperous future" for the country. "We want to continue this long-standing partnership," he said.

Although it does not have a physical presence in Mali, the U.S. army has troops in the West African region. They lead the African Lion, which is a joint, all-area, multinational exercise in Morocco, Tunisia, Senegal, and Ghana. African Lion is intended to defend the northern part of Africa and southern Europe. It is also expected to develop "interoperability among the U.S., African, and international partners to defend the region against adverse military aggression.