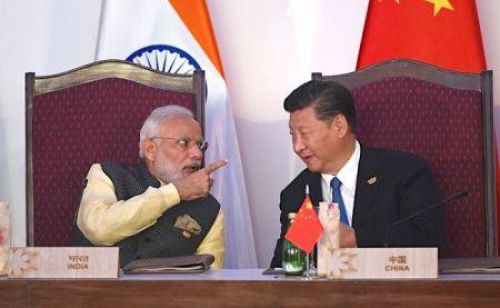 (Ecofin Agency) - In a recent report published by the audit firm PwC, it appears that in 2050, China and India will respectively be the first and second world's leading economies in terms of GDP per capita, ahead of the United States of America relegated to the third place.

Another major information is that Germany (9th) and the UK (10th) will be the only European countries in the top 10 of that ranking. France will be out of that top 10 in which there will be more emerging countries like Indonesia (4th), Brazil (5th), Russia (6th) and Mexico (7th).

China and India made rapid progress in this ranking. Their economies supported by a strong population as well as a productive, competitive and disciplined system helped them greatly reduce their imports and accumulate savings to fund their long-term development.

PwC’s ranking also suggests that BRICS (Brazil, Russia, India, China, and South Africa) will be economically more powerful than the European Union. Even though it has the demographic potential and the underground resources, Africa seems not to be fit yet to contest in that battle.

Yet, it should take a real advantage from the change in the world economy thanks to its new relationships with the East (India, Japan, and China) and its presence in the BRICS. It is hard to guess how the West will react with this evolution on the basis of economic rules that its own leaders developed and implemented.

China has now become a real problem for the USA. In his bid to "make America great again", Donald Trump imposed customs tariffs on many products from the country and took measures which helped create a record number of jobs (3.4 million).

Yet, this performance and "found greatness" seems to profit China with which the trade deficit rose further at end October 2018.

Now with the mean, American consumers are still thinking in terms of margins and, the improvement of its purchasing power is profiting China which was able to contain its cost factors to a high level of competition.

The European Union seems to have understood the situation and signed a free-trade agreement with Japan. In Africa on the other hand, states are still debating on the creation of a single market and at the same time delaying negotiations with the European Union. In addition, each of those African countries continues to receive many forms of support from China, Japan, India and increasingly from South Korea.