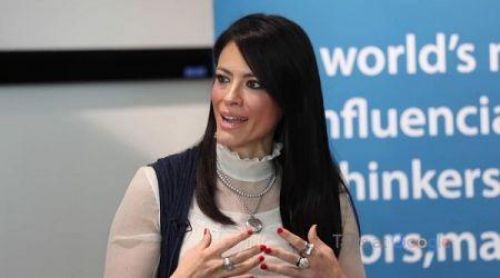 (Ecofin Agency) - According to the World Bank, Egypt, which is hit hard by the Russia-Ukraine war, will record double-(digit inflation and an increase in poverty rate in the 2022-2023 fiscal year.

The World Bank approved US$500 million to support social protection programs in Egypt, the country’s Ministry of International Cooperation announced in a statement released Friday, December 23.

Called "Takaful & Karama" (Solidarity and Dignity in Arabic), the social protection program aims to improve the resilience of vulnerable social classes to external shocks and global economic crises. It intends to do so with direct cash transfers and the financing of economic inclusion and empowerment projects, the same source said.

According to Minister of International Cooperation Rania Al-Mashat (photo), the World Bank funding will help build the vulnerable social classes’ ability to access employment opportunities. OIt will also help enhance their skills through training and consolidate their financial inclusion.

The minister said the funding is also expected to strengthen the government's institutional capacity to implement social safety nets by providing technical support and investments for the registration, monitoring and verification of cash transfers and accounting systems.

She further revealed that the "Takaful & Karama" program has covered 3.7 million vulnerable families since its launch in 2015.

In a report published Monday, December 19, the World Bank estimated that the country’s poverty rate (29.7% according to the latest figures) is expected to increase during the 2022-2023 fiscal year (July 1,  2022-June 30, 2023), despite the multiple social measures announced by the government.

The institution also reported in its Egypt Economic Monitor that inflation is expected to exceed the Central Bank of Egypt's target range and remain in double digits in fiscal year 2022-2023, driven by the depreciation of the local currency, disruptions in supply chains, and potential changes in fuel prices.