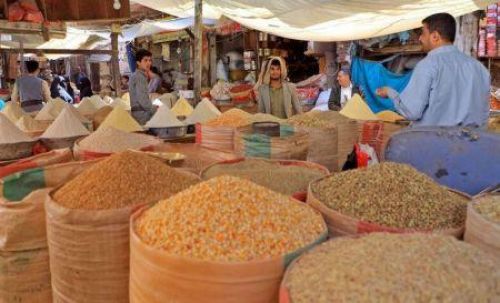 (Ecofin Agency) - The price of wheat is rising exponentially due to the global environment marked by the coronavirus pandemic and the war in Ukraine. The situation greatly affects Egyptians since wheat is one of the main foodstuffs in the country.

The World Bank will provide a US$500 million loan to strengthen food security and nutrition in Egypt. The financial support was approved yesterday and revealed in a release published today. It is part of a project aimed at curbing the impacts of the Russia-Ukraine conflict on food and nutritional security in Egypt. Its objective is to “ensure that poor and vulnerable households have uninterrupted access to bread, to strengthen Egypt’s resilience to food crises, and to support reforms in food security policies, including improving nutritional outcomes," the release informs.

Specifically, the project will provide Egypt with a one-month supply of wheat to ensure the continuation of the bread subsidy program on which nearly 70 million low-income Egyptians depend. It will also expand and modernize climate-resilient wheat silos, strengthen domestic grain production, and boost the country's preparedness and resilience to future shocks by supporting "national efforts to reduce waste and loss in the wheat supply chain.”

According to the World Bank, covid-19 has forced a significant number of Egyptian households to reduce their food consumption. This year, in the country, the price of wheat has already increased by 40 percent, the highest rise in the last 14 years.  The situation will have a lasting impact on young children’s nutrition and cognitive development, the Bretton Woods institution estimates. Therefore, the project will improve nutrition strategy to alleviate the problem.

Last April 16, Piyush Goyal, the Indian Minister of Commerce and Industry, announced that Egyptian authorities selected India as one of the countries authorized to import wheat to Egypt.  The decision was taken to open access to more wheat supply sources for the bread subsidy program. A few days ago, the government also announced its plans to increase wheat extraction rates to reduce the volume of wheat imported during FY2022/2023, which will begin in July 2022.