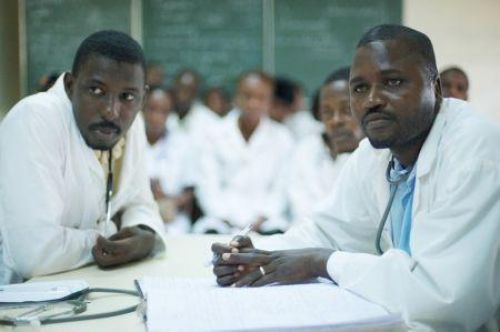 (Ecofin Agency) - The Zimbabwe Hospital Doctors Association (ZHDA) announced the government may soon tighten conditions for the emigration of doctors.

According to the institution, the “Certificate of Good Standing” issued by the Medical and Dental Practitioners Council of Zimbabwe now requires pre-approval from the government. The document enables health professionals seeking jobs or training abroad to prove they have no disciplinary problems.

By requiring a pre-approval, the Zimbabwean government hopes to reduce the flow of doctors leaving the country to practice abroad in what appears to be a new “brain drain” in the health sector. This is motivated by the economic crisis that has been affecting the country for several years and has reached new highs in recent months, with inflation of more than 750% and the collapse of the local currency.

Amid the coronavirus crisis, the shortages of fuel, food, and medicines, which particularly affect the health sector, have led many Zimbabwean professionals to seek better working conditions in other countries such as South Africa or the United Kingdom.

According to Aaron Musara, ZHDA Secretary-General interviewed by Bloomberg, the government's new measure will surely have an impact as the government will now know exactly who leaves the country.