Chinese loans to Africa increased sharply, but a large majority is not transparent (AfDB) 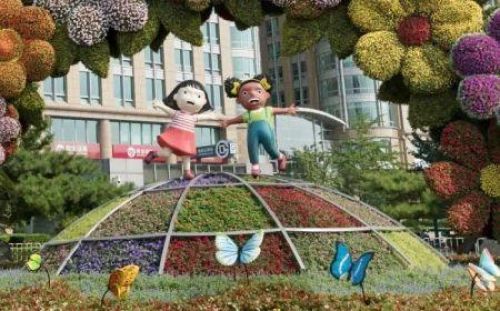 (Ecofin Agency) - In recent years, Chinese lending to African countries has increased the most among non-Paris Club creditors on the continent. The information is featured in the latest African Economic Outlook.

Between 2000 and 2018, Beijing's loans to Africa sharply increased, staying above $10 billion a year between 2012 and 2017; 2016 saw a peak of $30 million. The financing mainly went to key sectors including infrastructure. Over the past decade, China stood as a major partner for Africa on many large roads, port, and airport construction projects.

The AfDB, however, found that a large majority of these loans are not transparent. “The number of Non-Paris Club creditors in Africa’s creditor landscape has been increasing, by far the most important being China. Many of these loans are not transparent regarding loan terms and collateralization,” AfDB said, stressing that “most of the countries currently in debt distress or classified as being at high risk of debt distress have high exposure to Chinese  loans.” Examples are Djibouti, where 57% of the total debt is held by Beijing, Angola (49%), the Republic of Congo (45%), Cameroon (32%), Ethiopia (32%), Kenya (27%), and Zambia (26%).

This report comes as the debt issue is at the heart of African countries’ concerns. In this context, they are seeking financial resources to get out of the economic crisis caused by the coronavirus. For several years, Western countries have accused Beijing, the continent's largest trading partner, of putting African economies in a debt trap.

While negotiations for a postponement or even a cancellation of African debts are still on the agenda, China's role in this process continues to be debated. At a press conference in February this year, French President Emmanuel Macron said: "there is no point in restructuring African debts to Europe and the United States if it is to contract more debts from China [...] What we have nevertheless very often seen done, in recent years." The French President was referring to the results of the HIPC (Heavily Indebted Poor Countries) initiative launched between the end of the 1990s and the beginning of the 2000s to cancel the debts of several African countries, and which had led to a new round of massive indebtedness to China.

Paris and the AfDB seem to agree that any meaningful restructuring or resolution of African countries' debt would require negotiations with official Paris Club lenders and other countries, such as China. However, since coordination between the two parties is not the healthiest, let alone on this issue, obtaining such an agreement is likely to be difficult.

In recent years, the volume of loans disbursed by China each year seems to be declining. According to the AfDB, which takes into account the China-Africa Research Initiative at Johns-Hopkins University's SAIS, since peaking in 2016, Chinese lending has fallen back to nearly $15 billion in 2017 and then below $10 billion in 2018.