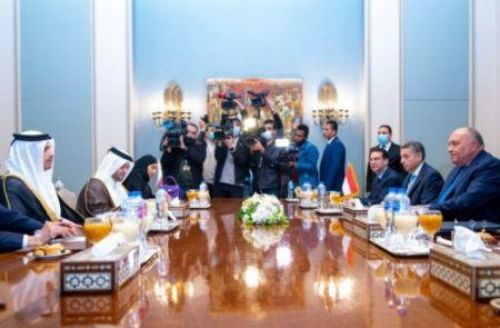 (Ecofin Agency) - After over 20 years of tense relations, Egypt and Qatar resumed diplomatic relations in January 2021. They are now looking to expand their areas of cooperation through new partnerships.

Egypt and Qatar agreed on investments and partnerships “totaling USD5 billion,” the Qatari Ministry of Foreign Affairs announced in a release published on March 29.

The partnerships and investments aim to strengthen “cooperation and coordination” between the two partners in various areas, the release informs, without mentioning the beneficiary sectors, nor the implementation period.

For the implementation of the investments and partnerships, the two countries agreed on the formation of a “joint higher committee headed by the foreign ministers of the two brotherly countries with the aim of continuous consultation.”

Years of tense relations significantly slowed trade ties between Egypt and Qatar. According to the Observatory of Economic Complexity (OEC), between 2015 and 2020, Egyptian exports to Qatar dropped by more than US$405 million (from US$408 million to US$2.05 million. As far as Qatar is concerned, from US$823 million in 2015, its exports to Egypt fell to US$ 24.2 million in 2020.